Neal Adams’ New Heroes Portfolio, conceived in the summer of 1978, was the first (and perhaps last) time that Adams entered into a co-creator partnership of a comics property with another artist.

In his recent responses to my claims of creating the character and partnering with him on it later, Adams failed to satisfactorily explain the appearance of Ms. Mystic in the DC’s Superman/Ali book. The more striking presence, however, of co-creation credits for Ms. Mystic, as copyrighted by Neal and myself, in this portfolio, has so far remained without a public response. He has never publicly repeated the lame story and perjured affidavit in court about it being a printer’s mistake. END_OF_DOCUMENT_TOKEN_TO_BE_REPLACED

Last week the comics community celebrated Neal Adams’ 77th birthday. Among the chorus of accolades poured, some noted that everyone who receives their original art back from publishers, or receives a royalty check, owes a large part of that to Neal. Others noted that Neal was one of the people who helped make their aspiration to draw comics a reality.

I thought to wait a little before adding my thanks and birthday wishes, so as not to rain on that parade.

END_OF_DOCUMENT_TOKEN_TO_BE_REPLACED

Why is Ms. Mystic on the DC Superman/Ali cover?

Why did it take Neal so long to mention such a curious inclusion? Why didn’t he use it to promote Ms. Mystic’s premiere appearance in her own comic book?

About a year before this article was published, late 2014, I had told the story of Ms. Mystic’s creation in a Facebook group that Neal and his family monitor. The thread is preserved here:

END_OF_DOCUMENT_TOKEN_TO_BE_REPLACED 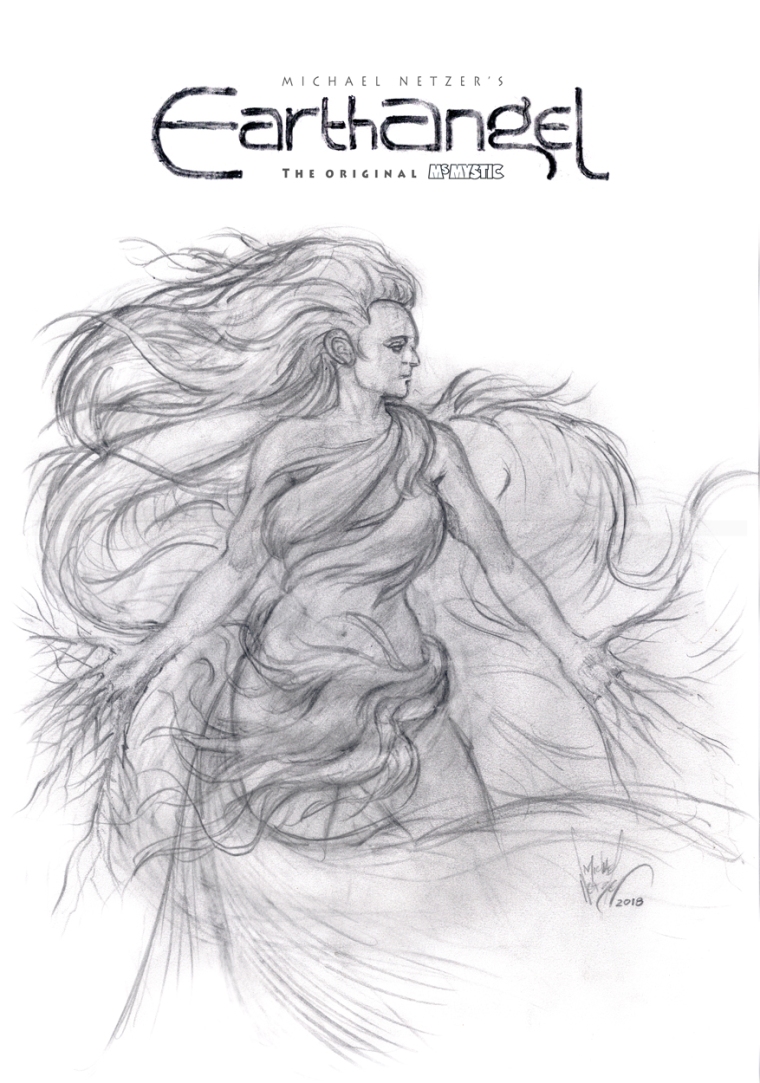 A few friends have suggested I produce Ms. Mystic the way I would’ve done it had Neal Adams not taken it over.  One even suggested a name that I’d also thought of. Because the result diverted away from how I’d originally seen the character, I’ve been thinking about doing such a thing almost since the project began in late 1976. END_OF_DOCUMENT_TOKEN_TO_BE_REPLACED

Below are images for the entire issue of Ms. Mystic #1, Continuity Comics 1987.

The pencils for this issue were completed in the summer of 1977.

Neal Adams first published my work under the Pacific Comics imprint in 1982, claiming it was his creation alone and that I’d only contributed a vague “assistance”.

In this 1987 iteration under his own imprint, he changed that credit to “some layouts”.

END_OF_DOCUMENT_TOKEN_TO_BE_REPLACED

In this first-page splash of Ms. Mystic, penciled in the spring of 1977, I hid a sort of Easter Egg in the lower-right corner. Deadman.

Though it’s barely visible on the printed page, anyone who has an issue of Ms. Mystic 1, by either Pacific or Continuity, can perform this test themselves. Simply scan the image and punch up the light intensity END_OF_DOCUMENT_TOKEN_TO_BE_REPLACED

There is a spark of light at the end of this dark tunnel in Neal’s round-two response at Bleeding Cool. But we’ll need to traverse a little more darkness in order to get to it.

In the comics business-industry, like everywhere else in this world, we are not judged only by people taking what we say about ourselves at face value, simply because we might be good at our craft END_OF_DOCUMENT_TOKEN_TO_BE_REPLACED

A good article on the current Ms. Mystic situation at Comic Book Resources – one of the longest running comics news sites – first home of Rich Johnston’s steamy news and rumor column, Lying in the Gutters. END_OF_DOCUMENT_TOKEN_TO_BE_REPLACED 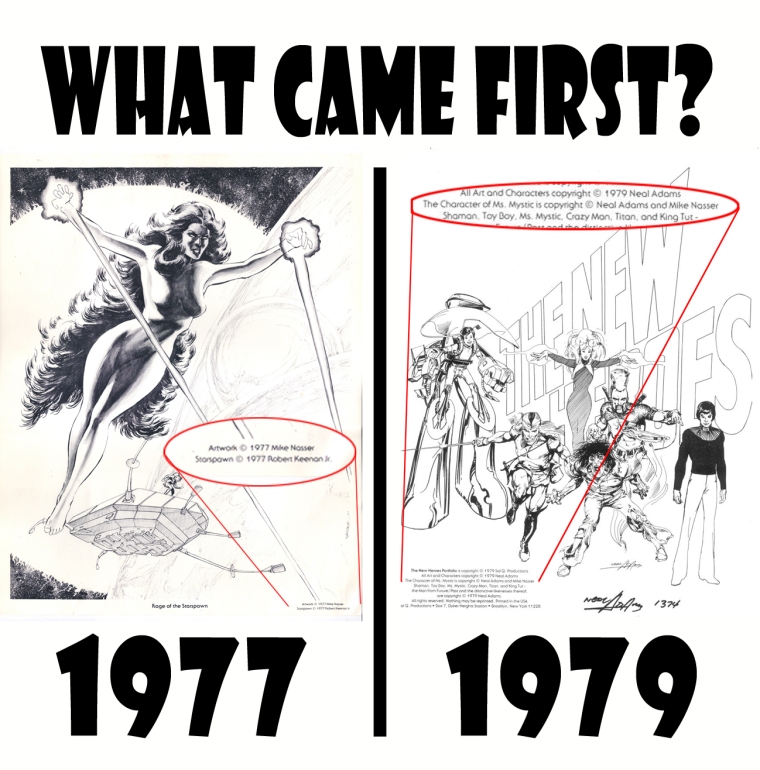 Neal Adams’ response to the Ms. Mystic post in Bleeding Cool is disappointing.

No, I did not expect an admission of what he’d done. Not so soon. But I expected a more coherent and defensible statement, not the shoddy piece of work, full of transparent lies and smears, with little, if any, substance END_OF_DOCUMENT_TOKEN_TO_BE_REPLACED 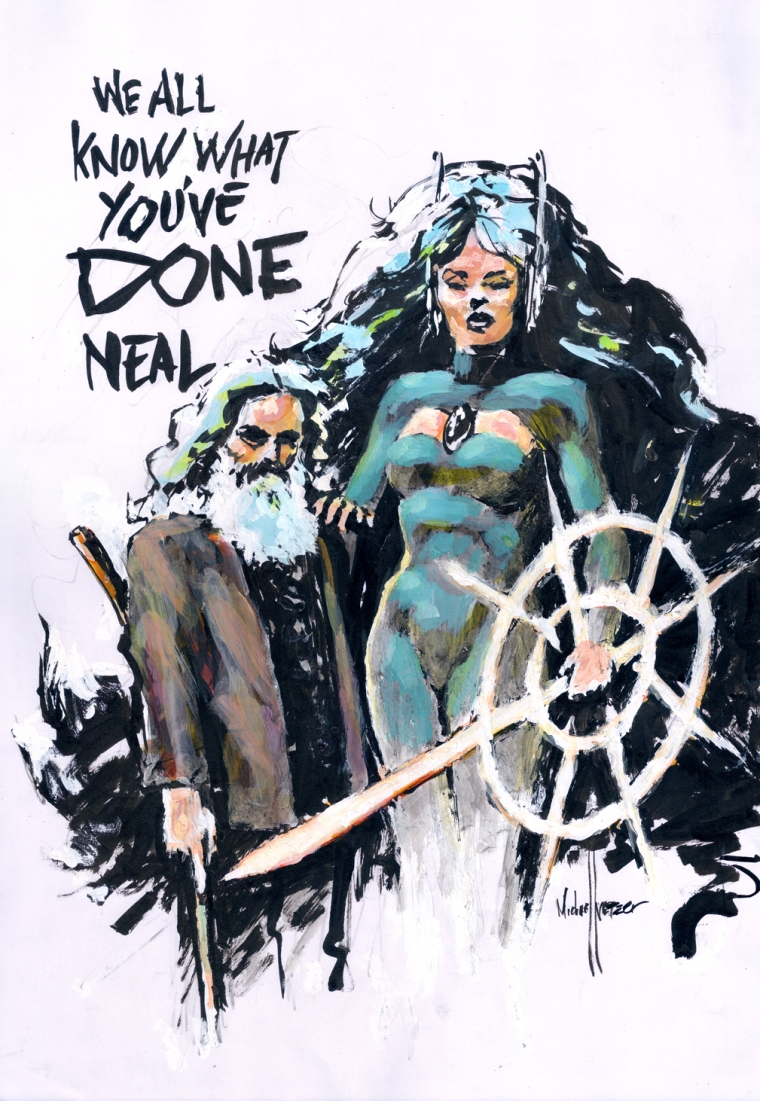 1) In early 1977 you invited yourself into a project I was given by DC Comics. I agreed to do it with you and we became partners; co-creators of a property that was my idea. You would write it and I’d draw it.

2) You became good friends with the new DC publisher, who agreed to many of your ideas for expanding the comics market, including the publishing a Ms. Mystic series, created by Neal Adams and Mike Nasser, slated to be DC’s first creator-owned book.

END_OF_DOCUMENT_TOKEN_TO_BE_REPLACED 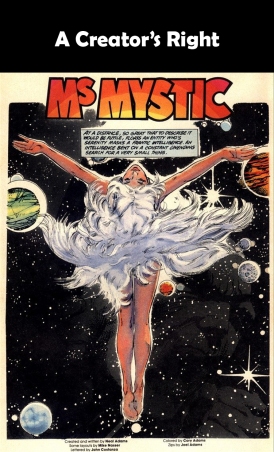 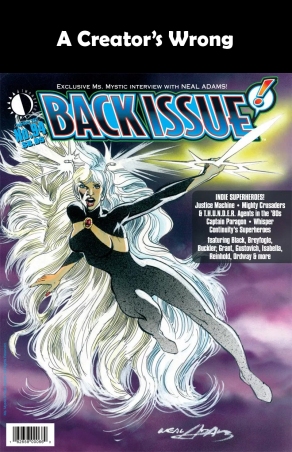 We All Know What You’ve Done

A Spark at the End of the Tunnel

My Penciled Pages for Ms. Mystic #1